In the many years I spent in youth and college ministry, I had a lot of teenagers come through, and oh how I loved each and every one of them. Like they were my own! Although they’re all grown up and have lives and families of their own, they each will always be special to me.

Here’s a great story about one of my ministry girls, and the story is continuing to unfold. I’ve known her since she was born. Her daddy was actually my music teacher when I was young. She inherited the musical gifts of both her parents — she could sing, play, and compose. She was one of those people that oozed creativity.

When she married, I directed her wedding. And when my daughter got married, she was the photographer — did I mention how creative she is?

Little did both of us know we would walk down some similar paths. We would end up single moms, doing our best to figure out a way to make it, not understanding why things happened like they did, trying to trust that better days were coming, hanging on to our faith sometimes by a thread.

Knowing her like I do, I  wasn’t the least bit surprised to see MollyAnn Wymer’s songs, pictures, and modeling shoots. When she started posting funny and sarcastic videos (I’m especially impressed by that since I’ve got some giftings in the sarcasm area myself), I was proud. I knew the pain she’d experienced in her life, and I was thrilled to see her laughing and making others laugh. 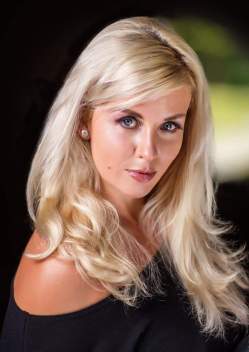 Last Thursday night, I wrote “Hope Deferred“ about giving your dreams to God, and asking Him to either help you fulfill them, or to take them out of your heart so you don’t  become heartsick. God isn’t mean — He doesn’t want us hopeless and depressed, stuck in dead end places. His plans for us are more amazing than anything we could dream up anyway!

First thing Friday morning, Molly wrote me and said it had really spoken to her. She felt like she was stuck in a holding pattern, on the verge of something. She was waiting for God to open doors. I believe God gave her those gifts for a reason, and I prayed for those doors to open.

A few of her videos have gone viral. She’s had some offers, a few irons in the fire, but so far nothing major has really materialized. And she has five little ones who depend on her to take care of them. I completely understand the weight she feels.

As we wrote back and forth on Friday morning, Molly said, I know if I feel fear before I hit “Publish” it’s going to resonate! I just made a “guns” video…and I’m feeling it!

In the three days since then, Molly’s satirical video about guns has had nearly 13 million Facebook views, over 25,000 YouTube views and climbing. Thousands of comments — apparently some people don’t know sarcasm when it’s staring them in the face — especially when it’s Southern blonde carrying a pink gun. I was completely shocked that some people not only didn’t get Molly’s point — that the power of the gun is in the hands that hold it and it can be used for good or for evil — but some of those people were horribly mean!

Help yourself to this video, and if you like her creativity, try the rest of them as well. “Dramamine” was the first one to go viral, and it still makes me laugh!

My Mama bear side comes out not only when my own children are being attacked, but also when my ministry children are as well. If I’d had time, I’d’ve given a piece of my mind to all those haters! You don’t have to understand, or even like someone’s creative work, but to say the things people were saying was just brutal. I have been, however, very happy to see all the people defending Molly and trying in vain to explain to people that SHE WAS KIDDING. Evidently sarcasm requires a higher intelligence than the average viral video viewer!

All day, Molly has been on my heart and as I prayed for her, the story of Joseph in the Old Testament came to my mind. Joseph had been sold into slavery by his own brothers. He really hadn’t done anything wrong, except that he was his father’s favorite.

Years went by, and although Joseph knew he didn’t deserve the treatment he’d been given, he was still faithful to use his God-given gifts while in slavery and prison. Because he refused to give up and waller in misery (for all you non-Southerners, when you “waller”, you lay there, stay in the funk, in the pit of despair). Instead, he clawed his way up, and little by little he was promoted. The powers that be eventually noticed Joseph and his talents, and made him the highest ranking official in Egypt, second only to Pharaoh.

In the end, his brothers were starving in the midst of a national famine, and they came to get food from Joseph. They were afraid he would retaliate after what they’d done. Instead, Joseph told them in Genesis 50:20-21,

You intended to harm me, but God intended it for good to accomplish what is now being done, the saving of many lives. So then, don’t be afraid. I will provide for you and your children.

God used the abuse of others to propel Joseph to blessing beyond measure. And he in turn used it to bless others.

I won’t share the details, but know this. All the haters that left brutally horrible comments to Molly have done nothing but serve to promote her. I look forward to seeing what doors this will open for her and enable her to provide wonderfully for her children! It’s going to be fun to watch. Go, MollyAnn, be the Southern woman voice of sarcasm and satire!

Be encouraged, dear friend, if you’ve got some haters too. God will do for us what He did for Joseph. How good is the Lord to turn what people do to hurt us, and use it for our favor? To actually promote us to our destiny? That puts a new spin on it, doesn’t it?

Thank You, Jesus, for Molly’s haters, and thank You for all of ours as well. You’re the only One big enough to use mean people to give us the blessings beyond measure. Well played, Lord, well played.